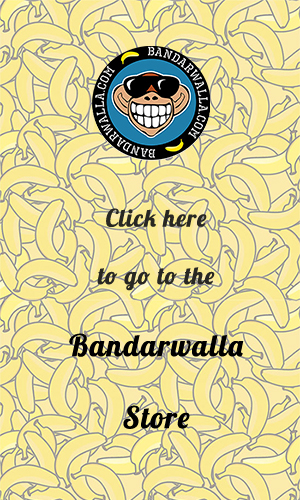 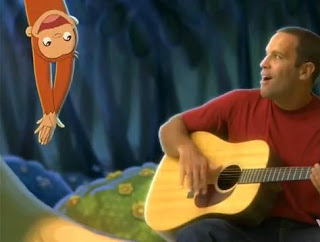 Tracks you want to listen to in order to bring a monkey-like smile to your face:

1) Chinese Man- I’ve Got That Tune
Chinese Man carried by the label Chinese Man Records is a collective French of hip-hop created in 2004 and a native of Aix-en-Provence. It draws its influences in the rap foremost, but also in funk, dub, the reggae or jazz. Chinese Man is composed of DJ Marseille Zé Mateo and HighKu and beatmaker SLY. Beatmakers Leo the bug and the Yan also revolve around the group and participated in the composition of several pieces. The group became known through the song I’ve Got That Tune was chosen by Mercedes-Benz for its promotional campaign. Enjoy grooving to this awesome track.

2) Daft Punk – Lose Yourself To Dance
Daft Punk is a French electronic music duo consisting of musicians Guy-Manuel de Homem-Christo and Thomas Bangalter. Daft Punk reached significant popularity in the late 1990s house movement in France and met with continued success in the years following, combining elements of house with synthpop. “Lose yourself to dance” features in their latest album, Random Access Memories.

3) Starf*cker – Rawnald Gregory Erickson the Second
Starf*cker (Sometimes stylized as STRFKR) is an electronica band from Portland, Oregon formed in 2007, initially started as a solo project for Joshua Hodges. It’s kinda hard to not smile while listening to this! 

5) Upside Down – Jack Johnson
Jack Johnson is an American folk rock singer-songwriter, surfer, filmmaker, musician known for his work in the soft rock and acoustic genres. He is also well known for often donating his live show proceeds to various charitable organisations. Oh, and yes, “Upside down” features a super chill monkey. Close your eyes n relax while listening to this.

6) Finally Moving – Pretty Lights
Pretty Lights is the musical vision of the ultra-versatile Colorado based producer Derek Vincent Smith, accompanied in the live setting by drummer, Cory Eberhard. Together these two achieve a raw energy rarely reached in the realm of electronic music. At a time when music lovers from almost all subcultures and genres are finding common ground in the basic form of bangin’ beats, Pretty Lights is giving the people what they want; electro organic, cutting-edge party rocking beats, that fill venues with energy and emotion and send dance floors into frenzies. What makes Pretty Lights truly different though, is that the beats carry serious soul.

7) In The Summertime – Mungo Jerry
Mungo Jerry is a British rock group whose greatest success was in the early 1970s, though they have continued throughout the years with an ever-changing line-up, always fronted by Ray Dorset. They are remembered above all for their hit “In the Summertime”. It remains their most successful and most instantly recognisable song till date. Enjoy!

9) Don’t Worry Be Happy- Bobby McFerrin
Another classic by Robert “Bobby” McFerrin, an American vocalist and conductor, best known for his 1988 hit song “Don’t Worry, Be Happy”. He is a ten-time Grammy Award winner, well known for his unique vocal techniques and singing styles.

10) Let’s Go Bananas - Phata Poster Nikla Hero
We had to end our list with this! This one is for Bollywood lovers who love to shake a leg. And yes, we want to sue these guys for plagiarising our tagline.

Hope you liked listening in on our playlist. Stay tuned for more.